Retrace the footsteps of Ireland’s most famous and celebrated poet, William Butler Yeats in Sligo with your expert guide, Auriel Robinson, along one of the most dramatic coastlines in Ireland. In 1914, when Yeats wrote about Rosses Point, he summed up exactly what you will still see today when you look out across the water toward Coney Island. The famous Metal Man stands proud on a rock in a swirling channel, dressed in naval attire and points to the left to tell ships to stay clear of him. He is known as the man who never tells a lie and has saved thousands of lives of sailors and fishermen throughout the last two hundred years. 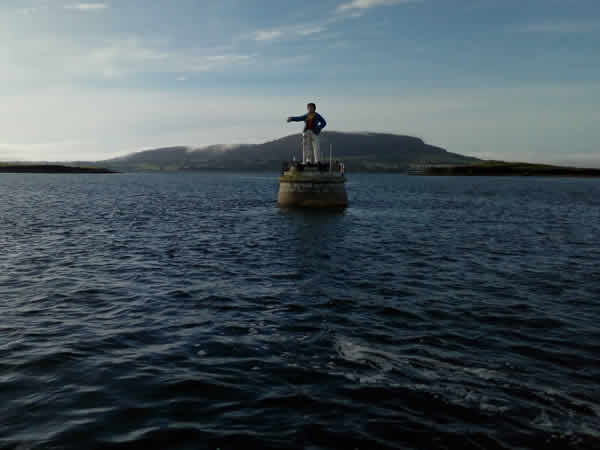 After you meet your guide in Rosses Point, a scenic maritime village just west of Sligo Town, she will tell you all about Sligo’s shipping history  and that of the Harbour and Bay. Not only will you hear of the impressions that this place left on famous Irish poet, William Butler Yeats, but also of the incredible paintings done by his brother, Jack Butler Yeats. Gorgeous views of Oyster and Coney Island open up to you. We’ll explore the wild coastal flora too and visit a ruined cottage that was used as a watch house in the old days. Blackrock lighthouse can be seen in the bay and the vast Atlantic Ocean energises you as you stroll along this tranquil way. 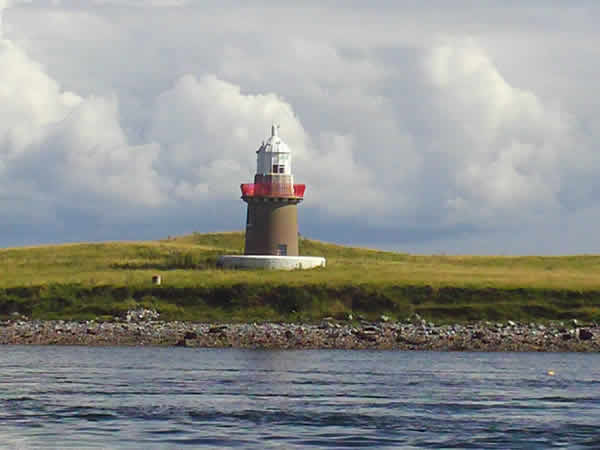 After your walk at Rosses Point, we’ll drive into Sligo Town and we’ll have a tasty brunch at award winning Café, ‘WB’s Coffee House’. Auriel will then take you on a guided tour of Sligo Town, stopping at historic buildings associated with William Butler Yeats and his family including a quirky bronze statue that was made for him after he died. 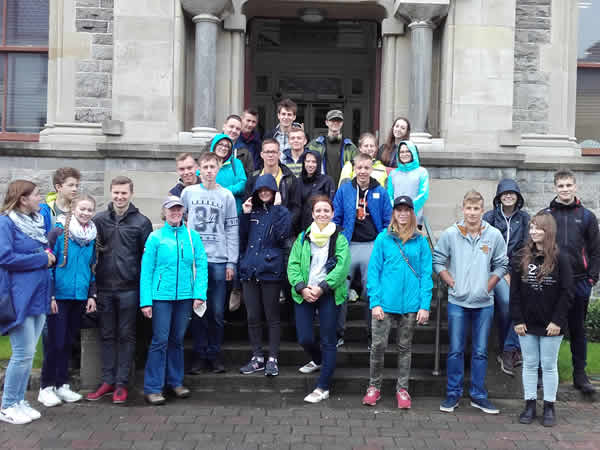 William Butler Yeats was a Nobel Prize winner for this poetry in 1923. He was born in Dublin in 1865 and lived his family moved to London where his father, John Butler Yeats had a career in law. Later, he left this to pursue his career in art. Siblings, William Butler Yeats, Jack Butler Yeats, Lily Butler Yeats and Lolly Butler Yeats all spent their childhood years in Sligo. The family lived in London, however, their mother, Susan Mary Pollexfen came from a wealthy merchant family in Sligo who owned a milling and shipping business which meant that they would travel from England to Sligo on ships that were owned by the Sligo Steam Navigation Company, established in 1865 by their Grandfather, William Pollexfen, Arthur Jackson and William Middleton.  The children were naturally fond of this seaside village Rosses Point and stayed in family summer houses and at Merville House in Sligo Town. Below, you will see what Rosses Point meant to William Butler Yeats and his brother, Jack Butler Yeats.

‘When I look at my brother’s picture,  ‘Memory Harbour’,  houses and anchored ship and distant lighthouse all set close together as in some old map ,  I recognize in the blue-coated man with the mass of white shirt the pilot I went fishing with and I am full of disquiet and excitement and I am melancholy because I have not made more and better verses’. In half the pictures Jack paints, I recognise faces that I have met at Rosses Point or the Sligo Quays’.

Myself and wife had a brilliant time with Seatrails and Auriel last Saturday climbing Benbulben in Sligo. Really felt at ease and Auriel had great knowledge of the route and info on surrounding areas. Really would recommend this to really enjoy the whole experience
Aidan E
Date of experience: September 2020

‘We have joined Auriel on a number of walks in and around the historic/archaeological areas Sligo over the last few years and could not recommend her walks highly enough. Informative, interesting and always well researched. If you are in Sligo and are looking for a brilliant day out I wouldn’t hesitate to contact her. I am thinking of learning to ride a horse to be able to join one of her horse treks.’Pat D, Aug 2019.

We had a lovely day exploring the Sligo coast with Auriel. She’s a very knowledgeable and friendly host and seems fascinated herself by the geology and history of the area. We learned about the wrecked Spanish Armada ships and the adventures of the Spanish survivor De Cuéllar; saw a 5,000-year-old Stone Age wedge tomb; saw tonnes of fossilised coral, and iron seeping through the limestone, all in a really beautiful part of Sligo. What a grand day! Much appreciated and recommended.

‘I did a 4 hour hack with Auriel on the Spanish Armada trail/Heritage on Horseback Experience. It was very informative. The horse I was given was a well-mannered gentlemen, I was well matched to my horse . The canter on the beautiful beach and the picnic on the island will stay with me.’ Tara H, Nuneaton, United Kingdom, Oct 2019.

A fantastic experience, not to be missed.

‘We did a tour with Auriel to Carrowkeel. It is a really stunning landscape and nature did its best to feel it with storm and rain 🙂 Auriel did really care About the Group and we had a great experience up there. Would love to come back and do another tour with her.’ Thomas, Aug 2019.

We were delighted with Auriel’s visit. She brought the children on a heritage trip to Roscommon Castle and facilitated a biodiversity workshop on Loughnennane Park having presented a workshop on Marine Habitats in the school. She was very well prepared, brought plenty of samples of fossils and seaweed and engaged really well with the children. It was a really memorable day.

In Dec 2018, Auriel accompanied our school on an archaeological trip to Deerpark in County Sligo. This was our second full day trip with Auriel and we had a wonderful experience. It’s so wonderful to have an archaeologist to accompany schools on trips to historical sites, as we found that Auriel was able to bring the story and history alive of what looked like a stone circle to the children, or just a bunch of stones. Auriel had prepared lots of wonderful information and presented it to the children in a very interesting, engaging and fun way. On the walk to the monument, Auriel engaged the children with lots of information on the geology surrounding them as well as the flora and fauna of Deerpark. We hope to continue to engage Auriel into the future on historical and geography trips to explore our local environment and area.

Excellent walk today around Strandhill with Auriel. Learnt a lot about the local history of the local area. Would highly recommend and will definitely use again when we return to the area. Many thanks😀
Nick C.
Date of experience: July 2019

Will definitely use again!

Joined Auriel for a walking tour of Carrowkeel and the Caves of Keash. Awe-inspiring! A step back into prehistory with breath-taking views. Auriel is a knowledgeable, friendly guide, willing to answer questions and discuss the answers. I had a wonderful day visiting these sites off the beaten path. I have been to Carrowmore, up Knocknarea etc. on my own, but will definitely take these trips again with Auriel and Seatrails on my next trip to Sligo

We were so impressed with Auriel’s knowledge and enthusiasm on a trip to Labby Rock Portal Tomb that we booked a later walk to Carrowkeel. These sites are over 5,000 years old and Auriel brought them alive for us. This is worth going to Sligo for.