‘Knocknashee’ or ‘Cnoc na Sí which translates to ‘hill of the fairies (sidhe)’ in Irish, is a small mountain in south Co. Sligo which literally juts out of rural pastureland. Cattle and sheep graze in fields nearby and there is an air of peace here.  The archaeological site was officially identified as a hilltop fort in 1988 after it was spotted in aerial photography. It is c. 700 metres long and 320 metres wide, 53 acres in size and is enclosed by two earth and stone ramparts/banks.  Pasture covers the hill fort and there are cliffs to the north and west of it. The views from the top and edges of this plateau shaped mountain are incredible! Go with your Archaeologist guide and learn all about it. 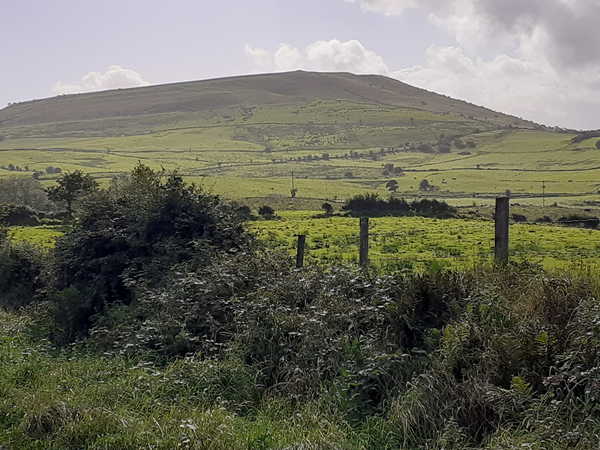 We will start the trail along a purpose-built track which ascends the hill on the east side rather steeply. After about 35 minutes, once we arrive onto the plateau, we will skirt right around. From the top, you can see the whole of South Co. Sligo including local Muckelty Hill which also has megalithic sites on it, plus Carrowkeel and Kesh Mountain further south which are extremely rich archaeological and mythological landscapes. The vast metamorphic Ox Mountain range is just north and west of us as well as Croagh Patrick in Co. Mayo to the southwest. The River Moy traverses the landscape to the west, flowing into Killala Bay in Co. Mayo. Knocknarea Mt topped by huge megalithic cairn, ‘Miosgan Meadhbha’ and Benbulben Mt can also be seen in the distance. 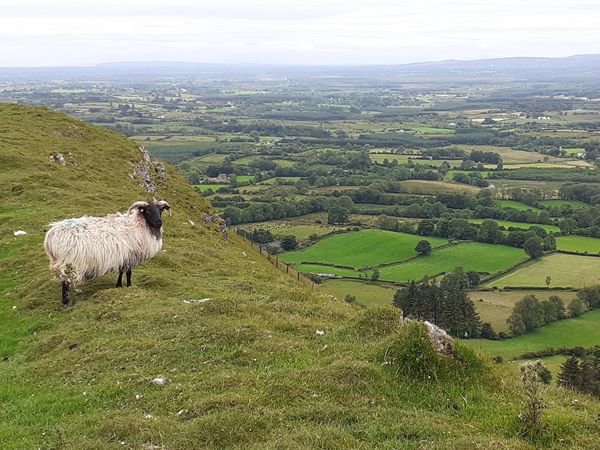 The archaeology on this mountain consists of two large cairns/stone mounds covering megalithic burial chambers which are most likely Neolithic plus numerous ‘hut’/ancient dwelling sites which are mainly circular, have stone foundations and some date to the Bronze Age. We will inspect the ancient stone cairns, which are located close to each other on the north end of the plateau. You will see that they appear to be aligned in a northwest-southeast orientation and Auriel will explain their use and construction.  The northern cairn has never been opened but the southern cairn has a chamber composed of large stone slabs which is open and exposed whose entrance faces the northwest (setting sun). The floor is flagged with one huge flat slab. These tombs are a marvel and can be seen from afar. 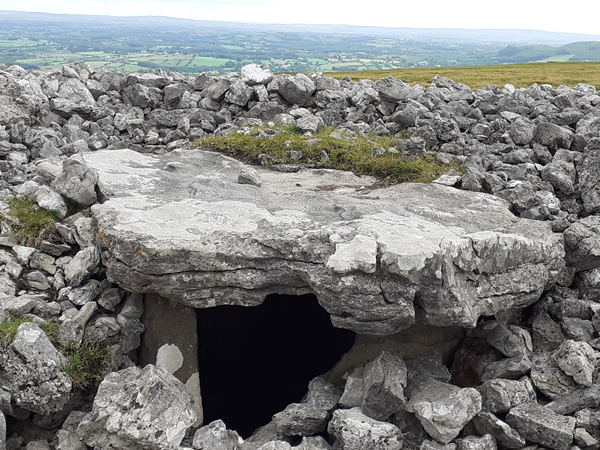 There are also about thirty circular structures on Knocknashee, thought to be the foundations of huts similar to those found on Knocknarea Mountain and on a long limestone ridge at Carrowkeel which you would see on our Bricklieve Mountains Trail. They are covered in grass, but your guide will point them out to you. Hut sites, if excavated, often produce stone tools made from flint or chert, pottery and sometimes post holes and can give us an insight into the everyday lives of the tomb builders and mountain dwellers. Hear more about this on the trail from your archaeologist guide.

Why not visit an interesting Abbey close by and another early Christian church site on your day out with your archaeologist guide? You can ask for a special customise your tour to fulfil your wishes and curiosity! 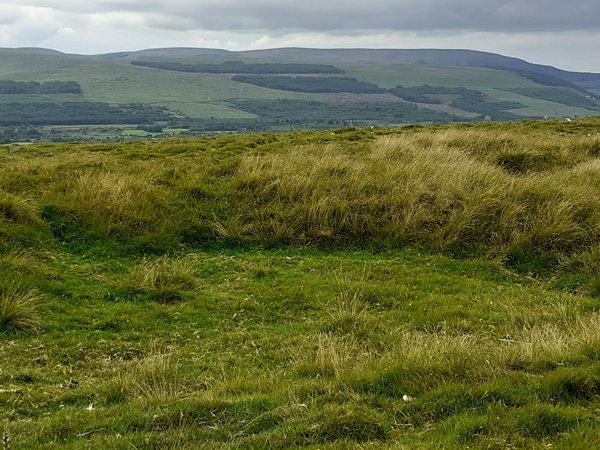 The name Knocknashee or ‘Cnoc na Sí’ in Irish, translates to Hill of the Fairies. Fairies were often associated with sacred and ancient sites and landscapes in Ireland as certain sites evoked curiosity and mystery. Natural features on a landscape aroused suspicion if a scientific explanation was not known for them and stories and folklore emerged about these features.  If you look closely at some of the local signposts around Ireland and here in Sligo, you will see the Irish names for places under the English. These will often tell you about the place and what it meant to those who lived there long ago…this trail is full of the magic and energy of the land.

Ancient megaliths can be seen on hilltops all around this part of Sligo. These sites have traditionally been visited at pagan festivals such as Samhain, Bealtaine or Lughnasa for example. This mountain is not unlike Knocknarea Mountain in appearance and character and where we do our fabulous Queen Maeve’s Trail. You could call this area sacred ground as Queen Maeve reigned over Connaught in the 1st Century AD from her royal and sacred site known as ‘Rathcroghan’ which is not far to the south in Co. Roscommon. This countryside is also linked to the famous ‘Tain’ trail which was about two powerful bulls fighting for the territory of Ireland. It was known as ‘The Táin Bo Culaigne’.

Absolutely fascinating and insightful trail with Auriel. A beakon of knowledge about Knocknashee and the diverse archeology that exists on these plains. Spectacular views, amazing to see 4 counties MidTrail. Auriels enthusiasm is infectious, was left brimming with wonder. As a Sligo native to be given this level of inquiry about our ancient history is truly fascinating. This Trail is a Must-Do for any and all that are lucky to peep into the stories that surround Cnoc Na Sidhe (the hill or the faries).