A bog or bogland is a wetland that accumulates peat and is a deposit of dead plant material such as mosses and sphagnum moss. Bogs can be thousands of years old. They appear as vast open dark-brown areas of land. They are valuable wetlands and there are scientific, economic, cultural and moral reasons for protecting them in Ireland.

There are several different types of bogs, but in Ireland, there is ‘Atlantic Blanket Bog’ which can be up to between 2 and 5 metres deep and Raised Bogs which can be from 4 to 8 metres deep. Ireland possesses 8% of the world’s blanket bogs. It is therefore, the most important country in Europe for the types of habitat that exist within it.

Since prehistoric times, the Irish people have been using the bogs as a means for fuel to heat their homes, boil water, and cook their food on an open fire. It is bred into those who grew up this way so to speak. This tradition is still a living tradition. It is still done to this day. You might see turf cutting during the summer months in different parts of Sligo such as the Ox Mountains, in the south of the county and at the foot of the Darty Mountains. 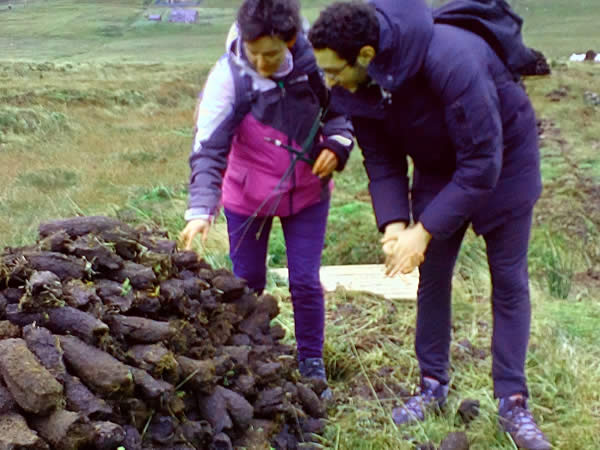 Since historic times, people learned how to cut sods of turf out of the bog using a two-sided spade called a Sleán. They spent hours on the bog cutting, turning, and stacking sods of turf to dry and they endured intense, back breaking labour doing all of these tasks. Donkeys and carts were needed to transport the turf off the bog once it was dry enough and this could take months as it always depended on the weather. It became tradition for families to spend days and weeks out on the bog with their pets, tea and baskets of sandwiches, and they would chat away and sing to each other throughout the day as they laboured. If the sun shone, it made it a whole lot easier but if it was warm and wet, the midgets would come out in hoards which made things rather difficult! 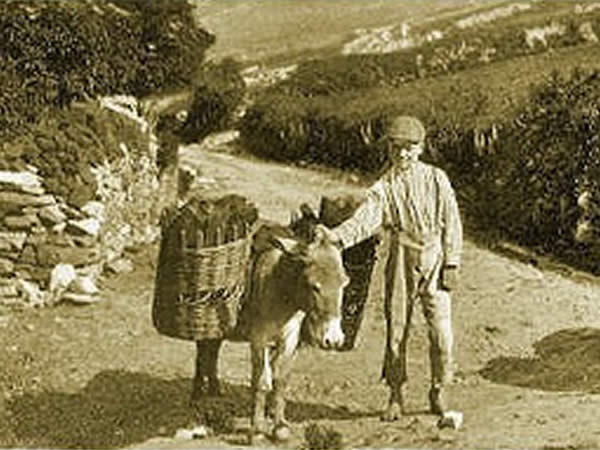 In the 20th Century, the Irish government set up ‘Bord na Moná’ which meant that large scale turf cutting by machine would be planned for the midlands where there was raised bog and huge masses of peat would be extracted from the wild bogs of Ireland and used to generate electricity to homes. Turf cutting on a localised level was also being done.

Now, turf cutting, and peat cultivation laws have changed as there are ongoing environmental concerns and issues being raised nationally and by the EU. Parts of the bogs are slowly under regeneration and habitats are reforming on areas that were cut in the past. However, local turf cutters have been restricted severely and the tradition of turf cutting is slowly dying out.

The benefits of bogs

Bogs are peaceful places. There is so much nature in them. A visit to bogland as part of a customised tour in Sligo could be arranged and you will see some boggy areas on our Benbulben trail. Some examples of flora you might see in Irish bogs are- sphagnum moss, the most important plant on a raised bog and sundews, which are insect eating carnivorous plants. There is also bog cotton which is a distinctive plant with white cotton at the tip of a thin stem and most commonly, very pretty, purple heather.

Fauna you might expect to find on Irish bogs might include curlews, red grouse, snipe, frogs, emperor moths, spiders, butterflies (one called the marsh fritillary), cuckoos and meadow pipits. A picnic on the bog in Ireland is a traditional thing to do! 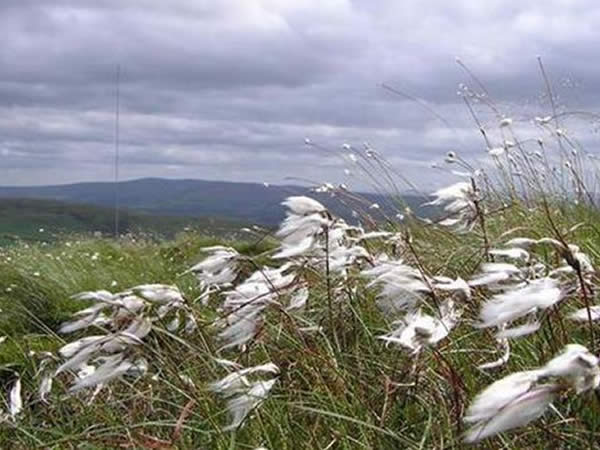 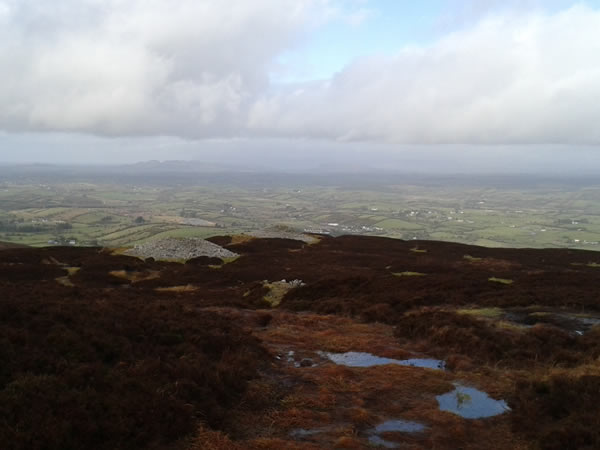 Thousands of years ago before bogs ever formed here, the country would have been heavily forested. There were also lakes and a lot of wetland. These wet areas would have contained a huge amount of moss and decayed vegetation or plant matter within them. Over time, the lake area would have filled with this vegetation and then eventually dried up leaving the brown, much decayed, material behind which then formed into peat. Lowland bogs are the deepest and this is where you find archaeology. 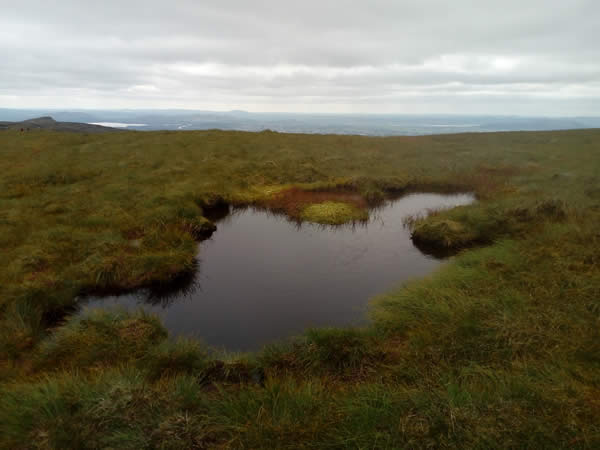 Since the 19th Century, intriguing discoveries have been made in bogs. The famous bog bodies in the National Museum in Dublin are examples of individuals who sadly met their end in a bog thousands of years ago. Some of these may have been ritually deposited as an offering to the ‘Gods’. Some were, however, tortured by enemies. In any case, the bodies survive well due to the anaerobic conditions in bogs which means that we can see how these people lived, what they carried with them, what they ate and what they died of. Not only this, but wooden artefacts have turned up as well such as large churns containing ‘bog butter’. Also, logboats have been found which are a type of early native watercraft. Trackways that people made in the Bronze and Iron Age periods to cross watery areas have been found, sometimes kms in length. Very precious gold items have also come out of bogs- were they buried there for safe keeping? You will get a good idea of bogs, their value and the lay of the land in ancient Ireland if you join Auriel on any of her trails. 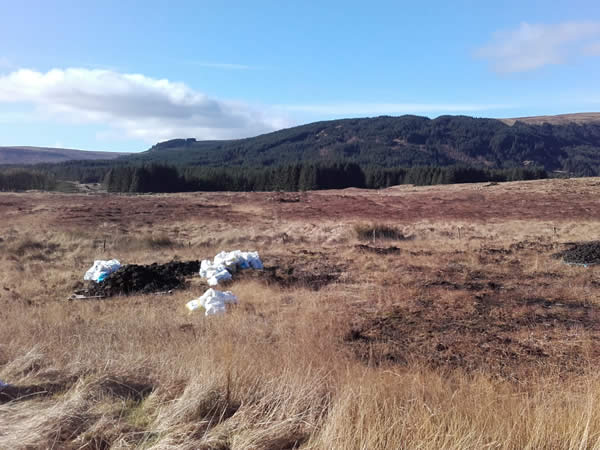