Have you ever wondered how amazing Benbulben Mountain came about? On our trails in Sligo, you will explore amazing geological sites! But first, for the background info…

Ireland is an island on the northwest periphery of Europe. Ireland is on the ‘Eurasian Plate’. What does this mean? It means that Ireland has moved over millions of years on the Eurasian Plate from the south to where it is now, and this movement is due to Plate Tectonics. Ireland was originally part of a huge super continent called Pangaea which existed during the Palaeozoic and early Mesozoic eras. Pangaea covered much of the southern and some of the northern hemisphere and was surrounded by a super ocean called Panthalassa. Ireland would have been near the Equator at that time. 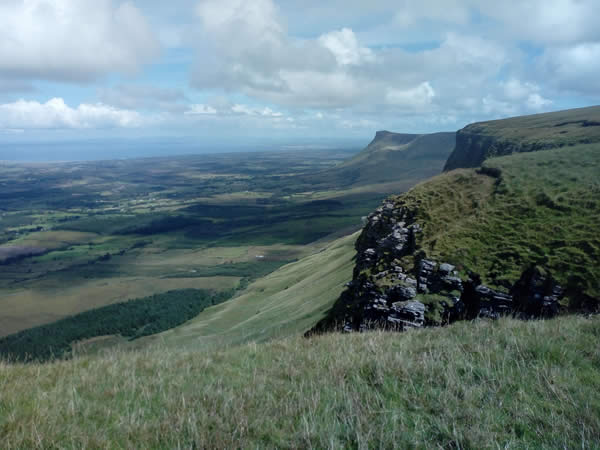 As early as 1596, the movement of the plates which were part of Pangaea was proposed by a Brabantian Cartographer and Geographer called Abraham Ortelius. Later the idea was developed by Alfred Lothar Wegener who was a German polar researcher, geophysicist and meteorologist. In 1915, he published a book called ‘The Origins of Continents and Oceans’ where he claimed that countries like Africa and South America fit into each other, like a puzzle. Wegener sadly lost his life (after many years of dedicated work and incredible exploration and findings) in Greenland on a meteorological expedition in 1930. His bravery knew no bounds. 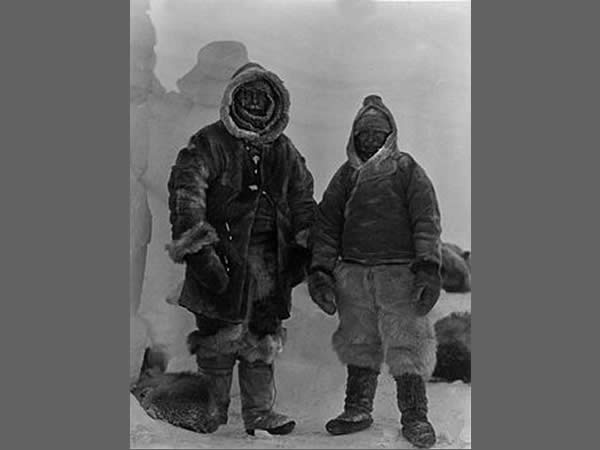 Initially his theory was not believed to be true and was not widely accepted until the 1950’s when countries who were experiencing volcanic activity and earthquakes could not understand how this was happening and began to consider it. Wegener showed that fossils of the same fern plant, ‘Glossopteris’ of 360 million years, were discovered in all the southern continents. Fern still grows today all over Ireland! Also, fossils of the ‘Lystrosaurus’ dinosaur dating to 250 million years ago were found in Antarctica, India and South African continents. Striations (engraved lines caused by movement of ice over rocks) were visible on southern continents such as Africa, India, Australia, South America and Antarctica indicating that glaciation had occurred from 500 million years ago. 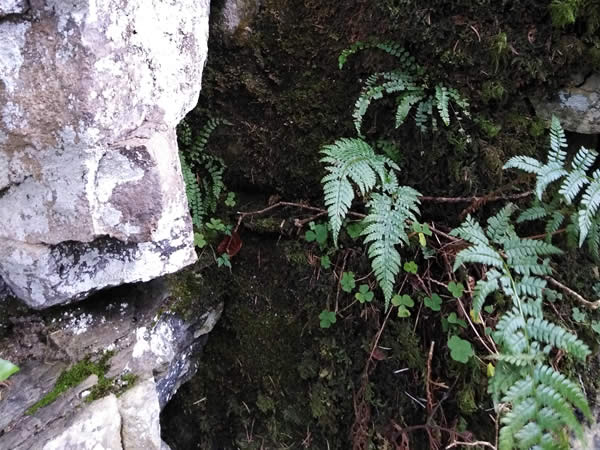 About 70% of Ireland’s bedrock is carboniferous limestone which contains fossils of corals and molluscs that lived from 355-310 million years ago when we were part of Pangaea. This bedrock that now covers most of Ireland was then tropical seabed. The sea teemed with life. In north County Sligo, there is the Mullaghmore Sandstone Formation which is of National importance. It consists of shales and sandstone which were deposited by a major river delta millions of years ago on top of a tropical seabed (now carboniferous limestone). Hence, if we walk on this massive wave cut platform, we can find trace fossils of animals, crinoids, brachiopods and orthocones. 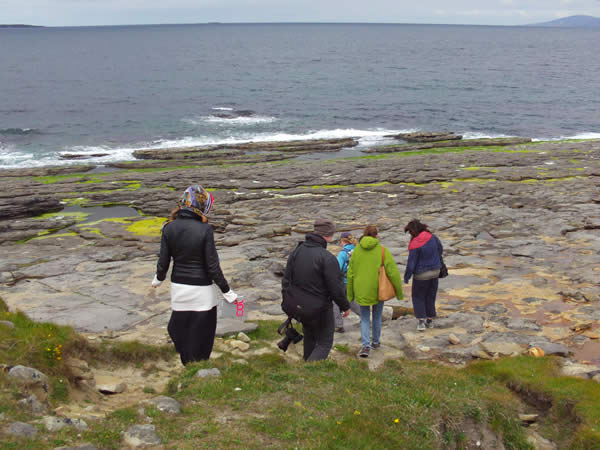 The Darty Mountain Range is mostly carboniferous limestone as well as distinctive Knocknarea Mountain where fossilized coral is present in the traditional stone walls, underfoot and in the huge megalithic site. Limestone is easily dissolved by surface water or groundwater. This has resulted in the development of many cave systems and karst features in Sligo. Remarkable caves can be visited on our Bricklieve Mountains trail. 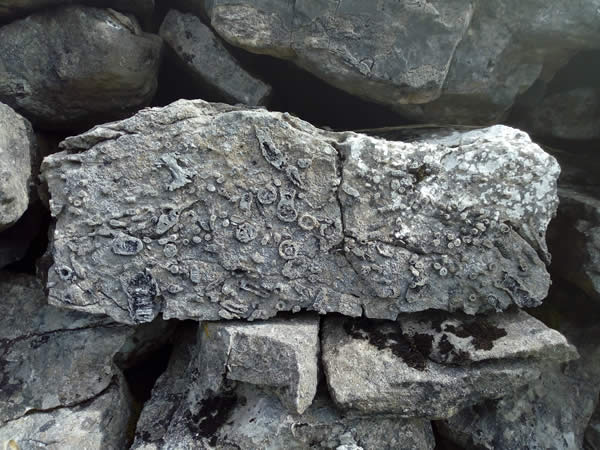 The Ox Mountains which stretch from west County Sligo across to Lough Gill area in Sligo are the oldest in Ireland and they were formed much earlier when former seabed dating to 600 MA (million years) was metamorphosized (crushed under immense pressure/moved) during the Devonian period and this resulted in the formation of harder rocks such as Granite and Schist. Precious gemstones are also within this metamorphic rock such as garnet, serpentine and jasper. South of the Ox Mountains, you can even find layers of volcanic ash and lava fragments within the sandstone which resulted from volcanic activity that occurred 600 million years ago! 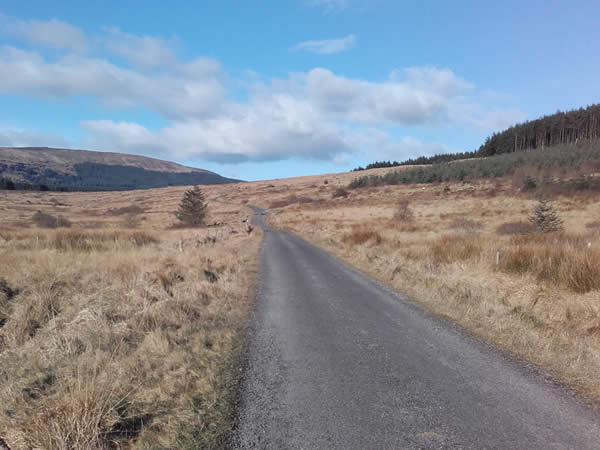 Rock from all these mountain ranges can also be found on the shores of Sligo as a result of glaciation. In Sligo today, there are fantastic examples of fossils along shores and in the mountains such as the Darty Mountains, in lake and river beds, on farms in the stone walls acting as field boundaries, and in many buildings that are made from limestone. Crinoid stems, Brachiopods and ‘Siphonophyllia’ which look like huge worms in the rock are examples of what you will see on our coastal trails such as our Spanish Armada Trail. The area is listed as an Irish Geological Heritage Site and is thus protected. If you are interested in geology, this is the place to visit so join us on a coastal or mountain trail to see it for yourself. 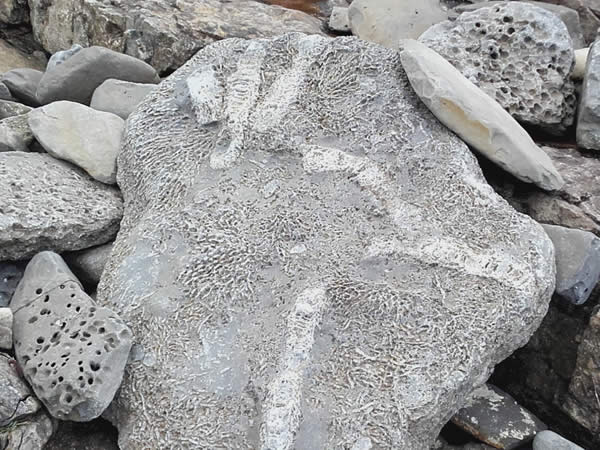